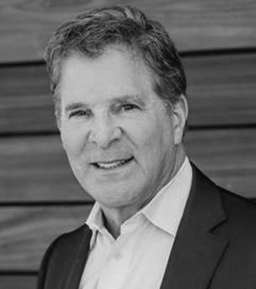 Mr. Cohen, an Entertainment and Criminal Defense attorney, is a partner of Cohen, Cooper, Estep & Whiteman, LLC, and previously partner with Katz, Smith & Cohen in Atlanta, Georgia. He is a former Assistant State Attorney in Miami, Dade County, Florida, and Assistant District Attorney in Atlanta, Fulton County, Georgia. His Entertainment practice includes representation of television anchors, actors, photographers, models, and talent agencies. Further, he is involved with numerous syndicated television programs. As a criminal defense lawyer, he has represented the entire spectrum of clients for over thirty years. Many of his clients and cases are high profile entertainment related cases covered by the national media.He is the National 2nd Vice Chairman and current Legal Committee Member of the National Academy of Television Arts & Sciences (NATAS) based in New York; current Legal Chairman of the Northern California Chapter; Trustee and immediate Past President of the Southeast Chapter of NTA; and a member of the Academy of Television Arts & Sciences (ATAS) based in Hollywood, California. Further, he is a voting member of the Academy of Television Arts & Sciences.
An attorney, commentator, master of ceremonies, actor, and model, he has appeared in numerous television commercials, episodic television, industrial films, as well as a principal actor in a daytime soap opera. Further, he hosted a live 2-hour talk show on WTBS-TV. He has served as President and National Board Member of the Screen Actors Guild, Georgia branch, and has served on the Atlanta Board of the American Federation of Television and Radio Artists (AFTRA). Mr. Cohen has co-hosted several local television telethons and has been a regular on-camera spokesperson for WPBA-TV’s pledge drives and Master of Ceremonies for numerous local events. He appeared regularly on WXIA-TV/Channel 11, the NBC affiliate, as the lawyer for their live televised “Noonday” program, and currently provides on-air legal commentary for CNN/HNN and local Atlanta stations, including WXIA TV/Channel 11 and WAGA-TV/Fox 5.Mr. Cohen is past Chairman of the Entertainment and Sports Law Section of the State Bar of Georgia. He has chaired numerous seminars and other educational programs and is Co-founder and Permanent Chairman of the Annual Southern Regional Entertainment and Sports Law Conference. He is the immediate past and past chair elect, Chairman Elect and past Treasurer of the Entertainment Arts and Sports Law Section (EASL) of the Florida Bar Association. Further, he is a member of the Georgia Association of Criminal Defense Lawyers; the Georgia Trial Lawyers Association; the Lawyers Club of Atlanta; the Cobb Bar Association; the Florida Bar Association and the Georgia Bar Association. Mr. Cohen is listed in Who’s Who in America.
Join us at the 30th Cutting Edge Conference | COMING SOON!
Register Now