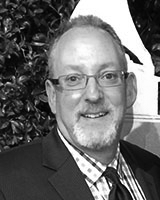 Stollman Law PA is a full service transactional Entertainment and Intellectual Property Law practice based in South Florida, established over twenty years ago and re-opened in 2013 by Marc Stollman after three years as General Counsel and Business Affairs Director for an internationally recognized entertainment company (who remain a client). Marc has exclusively practiced Entertainment Law for over 22 years, and continues to represent internationally renowned award-winning recording artists, producers, reality show participants/contestants/finalists (including representing the contestant pools for both “La Voz Kids” and “El X Factor”, the Spanish language versions of The Voice and X Factor,

After having built his successful nationally recognized entertainment practice, Marc was recruited to build and manage the legal department, and was responsible for all legal and business affairs at, a unique multi-faceted entertainment company called S2BN Entertainment. Prior to being spun off as an independent company, S2BN was the artist development arm of Live Nation. At Live Nation, Marc held primary legal responsibility for the architecture and development of the now industry standard “360 all-rights model” and negotiated the precedent setting mega-signings of Madonna, U2, Shakira, Jay-Z, Nickelback, and The Zac Brown Band. Michael Cohl/S2BN was the lead producer of the renowned Broadway musical, “Spiderman” and the recently opened musical “Jim Steinman’s Bat Out of Hell”, as well as the Broadway and national touring musical review “Rock of Ages”, and Marc was involved in all. Other significant projects undertaken at S2BN under the legal direction of Marc include the live stage tours of “Yo Gabba Gabba”, “How To Train Your Dragon”, “the Marvel Experience”, and “Transformers”. At present, Marc remains primary legal counsel with respect to the legal and business affairs of S2BN and their worldwide activities.

Prior to receiving his JD degree from Nova University, Marc received B.A. and M.B.A. degrees from Rutgers University. Marc teaches Music Publishing and Copyright Law at Florida Atlantic University and is a frequent speaker and/or moderator at numerous entertainment industry functions and seminars, including acting as Co-Chair of the ABA’s Entertainment Law Symposium in Miami, as well as colleges and law schools (such as University of Miami, Full Sail University, Nova Law, Florida University, and Florida Coastal School of Law) and community events.